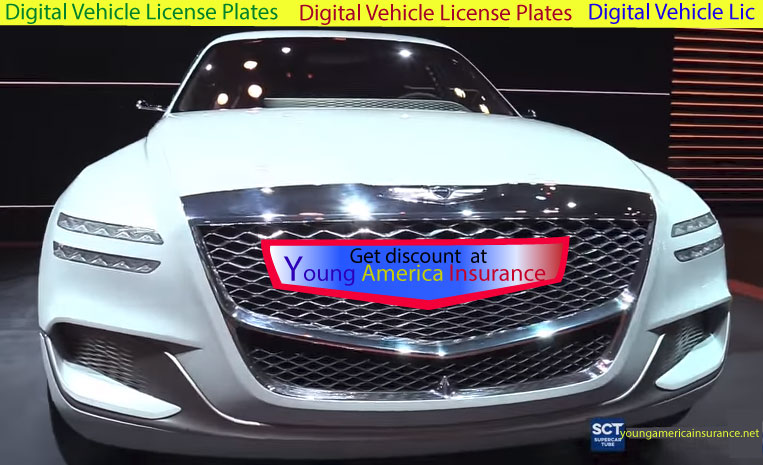 While there have few changes to automobile plates for several generations, get ready for digital vehicle license plates, they are coming to a bumper near you. While the average license plate is one thing that seems to have remained constant for over 100 years, change is coming and fast.
License plate designs have remained basically the same dating all the way back to the days of the Model T. However, this appears poised to change as the digital revolution is now well underway. In a few short years, electronic license plates should be fully operational, and this means that the standard plates may finally be a thing of the past.

As seems to be typical of new technology in America, California appears to be poised to be the first state in the U.S. to implement fully interactive plates. This will be similar in scope to a smartwatch and other digital devices. The new digital plates will have multiple functionalities. This will include the ability to automatically send registration information to the DMV, transmit telematic information to the car, instant messaging capabilities and so much more.

Four States Will Test the RPlate

The tech company Reviver has plans to test this new technology in California before eventually rolling it out to the entire nation. To date, several patents have awarded to the company. At the current time, it is seeking legislative approval and then testing should begin. The initial states that are targeted for the trial period include:

Since these four states alone comprise roughly 30 percent of the personal vehicles currently being driven in the United States, it makes sense that this is the initial test market Reviver is targeting. To date, initial approval has been granted by California and Florida bureaucrats, while that same approval is still pending in Arizona and Texas. The governance of license plates is still highly controlled at the state level, so this approval is necessary before the project can continue. It is also possible that input from state law enforcement officials may be sought. This will no doubt further extend the timeline for implementation in those states.

Many will find comfort in the fact that California, the largest state in the Union, appears to have fully embraced the technology behind digital plates. The RPlate has finally come to fruition after four years of lobbying at the state legislature. Because of this approval, other states are almost certain to follow suit, even though it might take more than five years to be granted operational licenses in all 50 states.

Target Release Date For the RPlate

The first set of digital license plates is slated for release in 2018. At this time, the plan calls for Galpin Ford to test 100,000 of the RPLATE Pros. These will be available for purchase on most existing Ford models. The industry is keen to see if Ford drivers will be quick to accept the new technology incorporated into these plates. Since the plates make it so easy to pay license, toll, and parking fees alone, this should be more than enough to get the word of mouth advertising necessary to make the new technology a hit.

The Features and Functionality of the RPlate

There are ten notable features to the digital license plate that set it apart from what is currently in use. They are:

In the coming decade, the old metal license plate may just become a relic from the past. With technology continuing to advance as it is, this shift seems inevitable. So get ready for more automotive technological change, because Digital vehicle license plates are ready to take control of your bumper.